A FEMA survey shows that motorcyclists are not too positive about most new techniques that are supposed to improve road safety. Especially when the systems interfere with the riding, they are often qualified as useless or even dangerous.

In 2019 FEMA repeated the survey on ITS for motorcycles that was done in 2014 as part of the RIDERSCAN project. We wanted to see how riders think now of technological innovations and how their opinion would be changed with some of those techniques becoming more common.

A large majority of the riders that reacted to the survey is very experienced, both in years and in kilometres. The differences in age and experience do not show much in the answers: on all systems the answers are more or less the same, although less experienced and younger riders are slightly more positive to innovative systems.

In general, riders are not too positive about most of the techniques. Especially when the systems interfere with the riding or give information that is not seen as really necessary, they are more often qualified as useless or even dangerous. Other systems from which riders don’t expect very much, are innovations in helmets and garments. Systems like Rear View Display and Helmet-mounted Display are often even considered as dangerous. 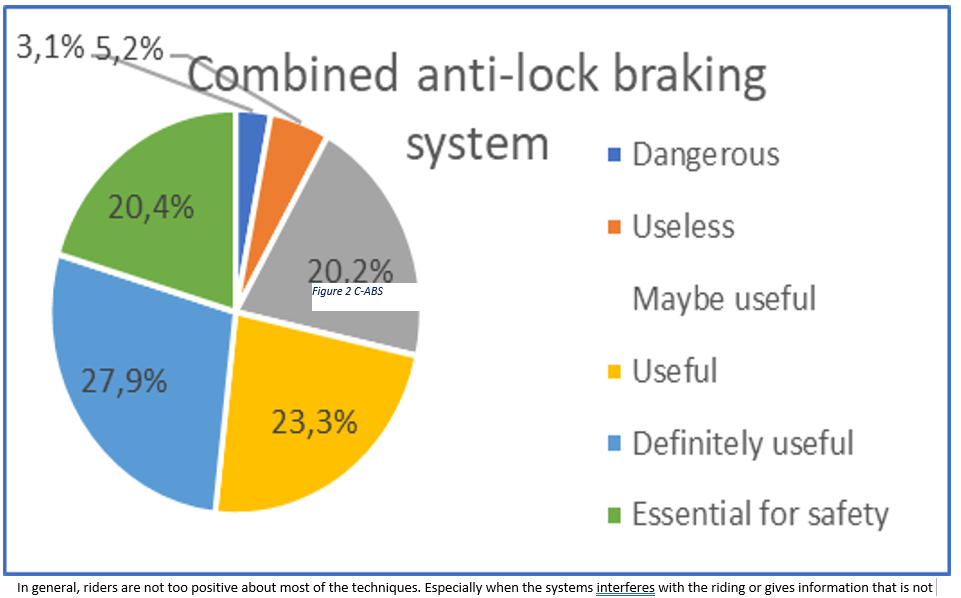 Riders also do not seem to have much trust yet in airbag jackets and think of them as ‘maybe useful’. On the other hand, braking assistance systems (C-ABS, ABS for light motorcycles, Brake Assist) qualify high, as do post-crash systems like eCall and Emergency Lighting System. Visibility enhancing systems like Adaptive Front Lights, Visibility Improving Helmet are also seen as positive, although Continuous Strobe Lighting is often seen as dangerous. 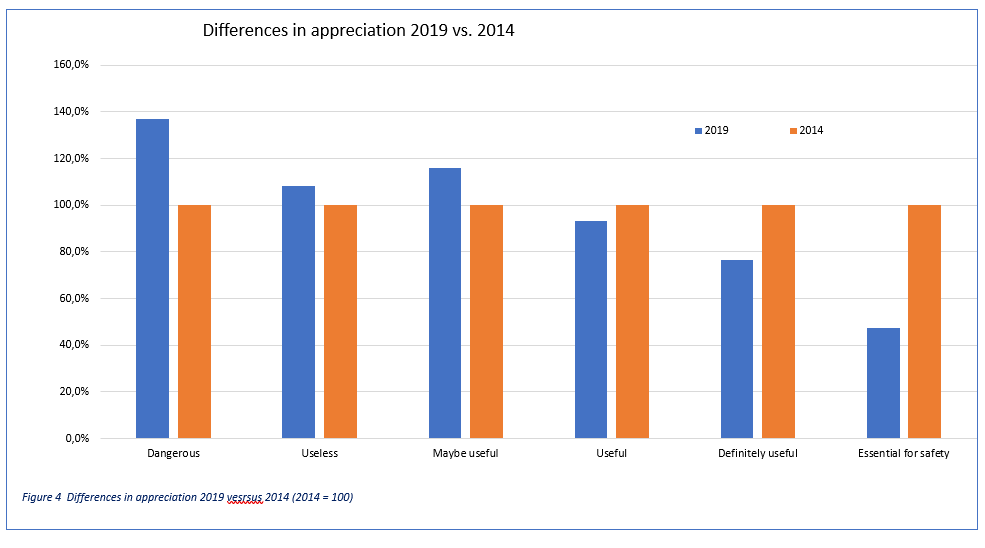 To read/download the full report (30 pages in a pdf file), click here.