Skip to content
You are here
Home > Library > Mobility test 2021

Are motorcycles and other powered two-wheelers really the best vehicles for urban mobility? FEMA’s mobility test will tell you!

For the results of earlier Mobility tests, please visit our library. 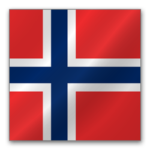 Norway – At FEMA’s request, Norwegian motorcyclists’ association NMCU has once again carried out a ‘Mobility Test’. The test compares travel times for a typical work trip with different means of transport. For the 4th time, NMCU has compared time use for a typical work trip on an early morning. This year we chose to move the test site to Rogaland. NMCU conducted the Mobility Test with help from NMCU Rogaland on a Thursday last In August. The starting point was Maxi, Gravarsveien 7, Sandnes and the end point was Stavanger University Hospital, Armauer Hansens vei 28, Stavanger, a stretch of 15 kilometers. 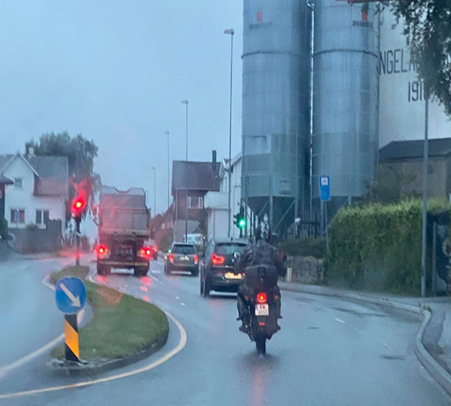 Circuit leader Egil Pedersen was joined by four enthusiastic motorcyclists so that the test could be carried out with a motorcycle, a moped, a bicycle, a car and public transport in the morning rush hour. The one who got the furthest way was naturally tired, who, via a number of small roads, took almost an hour to arrive. The public transport traveller took the train and spent 35 minutes travelling, where 1.4 kilometer was taken on foot. The motorcycle and moped were clocked in at 14 and 23 minutes respectively, while the driver spent 17 minutes on the stretch.

To compare real costs, one must of course go into depth and compare all the annual expenditures for the different forms of transport. We chose not to measure fuel consumption when the distance was so short. The car is the only vehicle that is charged tolls, 17 Norwegian Kroner (€1,68) per passage. The train ticket cost 36 Kroner (€3,56). 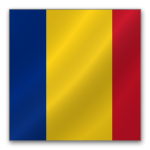 For the second time, FEMA`s Mobility test in Romania was carried out by motorcyclists’ association MotoADN. The aim of the test is to identify the means of transport that helps you get to your destination as quickly as possible. Thus, in the test we compared public transport, car, scooter, motorcycle, bicycle and electric scooter.

To perform the test we established a 9 kilometer route starting from Drumul Taberei (one of the crowdest neighbourhoods in Bucharest) and the destination was represented by a point in the center of the capital. The route was covered at 09.00h in the morning. Each test participant was free to choose their own route, in compliance with the traffic rules for each road sector.

The vehicles used in the test were:

The route traveled by public transport involved walking from Mall tothe nearest tram station. At some point the tram was changed with the metro that was used until close to the destination. From this point, a walking distance of about 300m closed the journey. In its route, the bicycle took advantage of the possibility to cross free areas such as parks and dedicated tracks in the central area (approximately 20% of the route). In the case of the motorcycle and the scooter, the routes were similar, their major advantage being the possibility of filtering traffic and the ease of finding a parking space at the destination.

The electric motorcycle has confirmed that you can move safely on 2 wheels in the urban environment, despite the fact that it does not make noise. It is thus confirmed, once again, that ‘Loud pipes save lives’ is just a myth as demonstrated by the test performed by motoDNA together with the Polytechnic University of Bucharest. The car followed the route indicated by the WASE application, which has some points in common with the one followed by the motorcycle and the scooter. The car was the only vehicle affected by traffic jams. Another problem encountered by the car was finding a parking space at the destination. Although it is not present in the images, the electric scooter followed a route similar to that of the bicycle, the difference being that the scooter chose a shorter path that also involved climbing one of the main bridges in the capital.

The test results were as follows:

The conclusion is that this year too, motorcycles and scooters ensure the shortest travel time. With 50% more time, the bicycle and electric scooter are in 3rd and 4th places. The car and the pedestrian using public transport need twice as much time to cover the same distance in urban traffic.

Watch the video MotoADN made of the mobility test.