Several thousands of motorcyclists protested paid parking for powered two-wheelers on Saturday 18 July. Instead of making motorcyclists pay more, the Parisian city council and mayor Anne Hidalgo should favour them.

French FEMA member FFMC was the organizer of this demo ride in Paris. The riders want to make clear that motorcycles are important in Paris for commuting. With 2.3 million inhabitants, Paris is a relatively small city. But as middle-class workers, who cannot afford to live in the city itself, have moved to the suburbs, the region accounts in reality for 10 million citizens! The distances are too large to cycle and public transport isn’t always an option, if only because it doesn’t run all day and night and the frequency is decreasing very fast outside the subway zone. For many commuters private motorized transport is the only alternative and often the motorcycle the only affordable option. To ban motorcycling or make it more expensive would lead to social exclusion and loss of jobs, because for many commuters there is no affordable alternative. 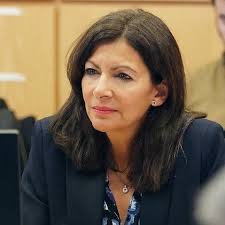 City legislators should include powered two-wheelers in their transport policy, because motorcycles are far more efficient than cars. With their smaller size, less weight and less fuel consumption they are also from an ecologic perspective the better alternative to cars. Especially when in France cars run mainly on Diesel fuel, which is very bad for the air quality in the cities. The Parisian motorcyclists, represented by FFMC Paris, ask to be consulted and involved in the plans to transform city traffic, in order to have motorcycles and other powered two-wheelers included in these plans. Furthermore, they ask that promises that mayor Anne Hidalgo has made in her first term to maintain free motorcycle parking spaces are respected. The Parisian bikers are prepared to fight long to be heard and keep it possible to ride their motorcycle in the city and to stop what they see as a witch hunt on motorcycles. Of course, it would be much better if the Parisian city council uses common sense and starts talks with the motorcyclists.

See also the video of the demo that was made by MOTO Magazine.