This week the European Parliament voted on the important report on road safety, called ‘On saving lives: boosting car safety in the EU’. This is good news for motorcyclists as well, because some demands FEMA made, found their way into this report.

Motorcycles are explicitly mentioned in a clause about alterations of infrastructure (especially barriers) and the need for standardisation measures. This means that the European Parliament agrees with FEMA that road infrastructure, and barriers in particular, must be safe for motorcyclists as well.

Motorcycles are explicitly mentioned in safety measure 34, about automatic emergency braking systems. FEMA has been asking for inclusion of motorcycles in the development and testing of ADAS (Advanced Driver Assistance Systems), which include automatic emergency braking systems for some years now, because we learned from tests and from real accidents that these systems often do not react properly to motorcycles.

The European Parliament also calls on the European Commission, from 2019, to extend the eCall installation requirement to motorcycles, heavy goods vehicles and buses and coaches, and also to make the system available for retrofitting so as to ensure that it can cover the highest possible numbers of vehicles on the road.

This means the European Parliament wants eCall devices (mandatory on new cars from April 2018) on motorcycles as well. We support the installation of eCall on motorcycles under conditions. Next to privacy aspects – which is already taken care of in a good way in the existing eCall regulation from 2015 – it must also be reliable (no false calls) and adapted to the special needs of motorcyclists. 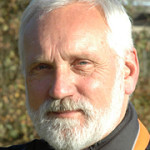 Dolf Willigers, General Secretary of FEMA, says: “It is a good thing that the European Parliament has also looked at motorcyclists. We have been advocating infrastructure that is also safe for motorcyclists for many years. We have been asking for and working on standardisation measures for barriers especially for a long time. And Advanced Driver Assistance Systems in cars must react well to motorcycles. I am very happy with this support from the European Parliament and I congratulate Mr. Dieter-Lebrecht Koch MEP with his excellent report”.