The Cyprus Motorcyclists’ Rights Club recently met with the Minister of Transport; the meeting focussed on the need for increased road safety. 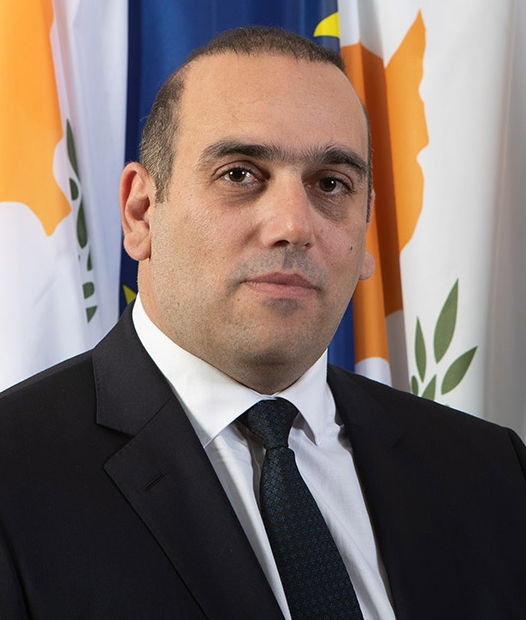 The meeting with the Minister of Transport Mr. Giannis Karousos and with officials of the Ministry and Road Safety Department was held at the Ministry. CMRC, the Cyprus Motorcyclists’ Rights Club (a member of FEMA), was represented by president Marios Constantinides and vice president Constantinos Haraki.

According to Cypriot news website in-cyprus.philenews.com, five out of six people who died in road accidents in Cyprus since the year’s start were motorcyclists and this raises strong concerns. The website reports that motorcyclists seem to be the most vulnerable drivers on the road network considering that between 2011 to 2020 some 132 motorcyclists and passengers were killed. In many cases motorcyclists are not to blame for the accidents but pay for it with serious injuries or their lives. The use of safety equipment was discussed and CMRC mentioned that the VAT (value added tax) should be reduced for motorcycle safety gear, and that safety gear all must meet EU standards.

Minister Karousos: ‘Motorcyclists know better than anyone what their needs are’.

Also discussed were continuous specialized training as well as the need to review procedures for obtaining a driving license. The Minister pledged the improvement of road infrastructure and the raising of more awareness through campaigns on the importance of defensive driving for vulnerable road users – especially motorcyclists. CMRC’s Marios Constantinides stressed the importance of the existing, long-term cooperation that the CMRC has with relevant Ministries, the Road Safety Team and with all other competent bodies, always aiming at the best co-operation for the best results.

Minister Karousos referred to the projects he is promoting and stated his support for CMRC’s work and the start of the close co-operation with the motorcycling community. Specifically, he mentioned the Ministry’s Road Safety Strategic Plan 2021-2030 that aims to achieve a reduction in the number of deaths from road collisions in Cyprus by at least 50% by 2030, as well as a 50% reduction in serious injuries. The strategic plan will focus on five main pillars: effective road safety management, safe roads and mobility, safe vehicles, safe road users and effective post-collision response.

Minister Karousos stated that all motorcyclists know better than anyone what their needs are, and he is here to support them with targeted actions and measures.