With the elections for the European Parliament coming soon, many people wonder if they should vote at all. FEMA’s Dolf Willigers wants to give you a number of reasons.

The European Union has a bad reputation when it comes to its level of democracy, mostly because many people do not know or understand the legislation process and the relation between the laws from ‘Brussels’ and those from their own country. It is important to understand these things, and what this means for us riders. And of course, it is important to use our right to vote.

To start with: not all laws that affect us come from the European Union. When it comes to vehicle regulations like lighting, brakes et cetera, most is taken care of by regulations from the United Nations Economic Commission for Europe (UNECE). Also the requirements of your helmet are regulated by Regulation ECE 22.05 (more about this you can find here). But let’s go back to Brussels. Laws that are made there can have a direct impact (regulations) or can have an indirect impact (directives) and must be elaborated in national laws before the have an impact om you. An example of the first is the type approval regulation. This regulates directly how new vehicles or parts of them must be tested and to which conditions they must meet before the can be sold in the European Union. This law was implemented on 1 January 2015 for new types of vehicles and a year later for existing types of vehicles. 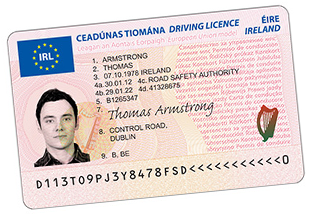 An example of a directive is the third driving licence directive, that was implemented six years after the formal publication per 19 January 2013 to give the national governments the time to make national laws. The way this directive is translated in national laws differ per country and some countries went further than they needed to. Just to say that sometimes you might better blame your own government instead of the European Union.

The law-making process is quite complicated: First there is an initiative for a regulation. Normally this comes from the European Commission, but the Council, or Parliament can also take the initiative. Even a citizens’ initiative is possible. After several steps (all with the possibility for citizens to give their view!) a draft ‘act’ is sent to the Parliament and to the Council. In the Parliament this will first be discussed, amended and at the end adopted by the responsible committee, like the committee of the European Parliament for transport and tourism (TRAN). After that it will be sent to the plenary meeting for discussions, possibly amendments and adoption.

‘Your vote matters: the Members of the European Parliament represent you and you can have influence with your vote. And by becoming a member of a FEMA affiliated organization of course.’

Both the Parliament and the Council can adopt amendments to the act that they sent to the other party. This can happen three times (in three ‘hearings’), so three times the European Parliament in plenary meeting will discuss and vote on the draft law. To help the whole process the Parliament, Council and Commission also have ‘trilogues’ in which they discuss draft laws and try to find compromises. When both the Parliament and the Council both agree with the (amended) ‘act’ it will be published in the Official Journal after which it will become law.

After this technical (and shortened) description of the whole process it is good to look at the involved parties and how we, as riders and as citizens, can have some influence on this. It starts with the development of the draft of the law in the European Commission. During this process there are four formal moments in which citizens can have their say: after the initiative, after the work program is made (the roadmap), after the impact assessment (the public consultation) and after de draft of the law. Beside this the Commission organizes meetings, workshops, seminars etc. and there are the working groups. Here delegates of the member states and in some working groups also other stakeholders as observer come together to discuss the draft law after the steps I described above and to advise the Commission.

Examples of this working groups (also called expert groups) are the Motor Vehicle Working Group, the Motorcycle Working Group, the Driving Licence Committee. In all these three expert groups FEMA takes part as an observer. Here we are informed of new developments, the outcome of assessments and we can, and do, comment on this. Note that both delegates of the governments and of stakeholders have their say in this process. After the drafting of a law in the Commission it is time for the Parliament and the Council to discuss it. The Council represents the (governments of) the member states, the parliament represents the citizens. Here your vote matters: the Members of Parliament (MEPs) represent you and with your choice you have an influence. And by becoming a member of a FEMA affiliated organization of course.

Concluding: there four ways to influence the European legislation:

'The implementation of a technical inspection is ineffective in reducing accidents'. https://t.co/DU9Bmzy1Tv

French insurer: motorcycle accidents are not caused by technical failures. Out of more than 18,000 insurance claims studied, less than 0.4% of motorcycles were reported as dangerous by the insurance experts. Read the full article > https://t.co/04p2ZbdLwk https://t.co/izUMgMBlRE

Barcelona: dump your bike and get a free bus pass. Spanish motorcyclists’ organisation ANM does not support the proposal to scrap bikes: ‘Motorcycles are not the problem, they are part of the solution for urban mobility issues’. Read the full article > https://t.co/zjK1iB5DxQ https://t.co/Dl7V1gidk2