Skip to content
You are here
Home > Member news > Can the sound of your motorcycle save your life?

Can the sound of your motorcycle save your life? It’s a question that for years has led to intense discussions among motorcyclists. Romanian motorcyclists have the answer.

MotoADN, Romanian motorcyclists’ organization (and member of FEMA), decided to let science answer the question and set up a series of tests to find out how much of the sound coming from a motorcycle actually reaches the driver of a car. The tests were done in co-operation with the Politehnica University of Bucharest, the most important technical university in Romania, and environmental consultancy company Enviro Consult. You can see a video of the tests below this article.

In order to have an affect, the sound of the motorcycle must attract attention, i.e. it must be loud enough and it must be heard when the motorcycle is far enough away so that the driver of the car can react. We are not used to identifying the level of a sound, so it is important to have some reference elements. The normal noises that we are surrounded by every day are in the volume range 10-60dB (A). We are quite often exposed to sounds up to 90dB (A). Prolonged exposure to more than 90dB (A) is considered to be a dangerous element to the human ear and may be subject to occupational safety. At a rock concert the volume is at 120dB (A) while exposure to sounds over 130dB (A), even for short periods of a few minutes, is a dangerous element that can affect the hearing system. 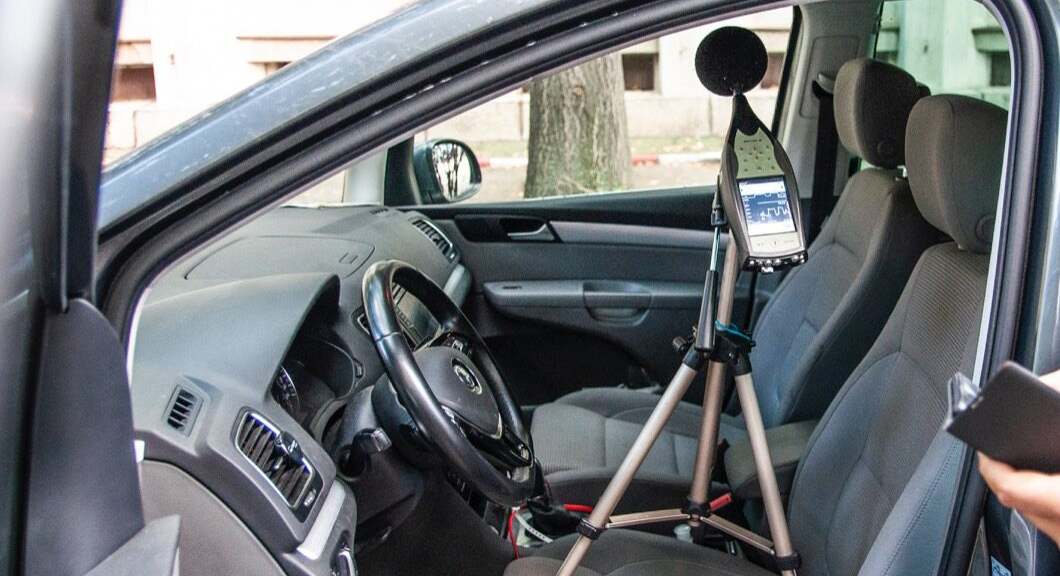 MotoADN’s conclusion: loud pipes save lives is a false statement. The sound produced by a motorcycle is not heard by the drivers of the cars in front of you or is heard too late to be able to influence the driver’s decision. Our best advice? Let’s be seen, not heard.

For the full test report (in Romanian), click here.

Watch the English video of the tests below. For the video in Romanian, click here.