In a country like Sweden, where long distance driving is a part of life, speed reductions lead to a lot of criticism. Swedish motorcyclists have better ideas to improve road safety than simply reducing speed.

Since 2016, the Swedish Transport Administration has reduced speeds from 90-100 km/h to 80 km/h on roads without a centre barrier. This has led to growing protests around the country. This speed reduction impacted traffic on 4,300 kilometres of road, about 44 percent of the state roads. The government has now overturned previous decisions on reduced speeds on long distances in the counties of Dalarna, Jämtland-Härjedalen and Jönköping and is sending the matter back to the Swedish Transport Administration.

As a reason for the speed reduction, the Swedish Transport Administration stated the need for better road safety. The proposal was considered by many to be aimed at rural residents, who through the change would have poorer access to jobs, education and community services. Nevertheless, the speed reductions began to be implemented at a rapid pace.

Swedish motorcyclists’ organisation SMC – a member of FEMA – has protested the general speed reductions that are implemented on all roads without centre railings since 2016 and believes that there are other measures to be implemented that are more effective. 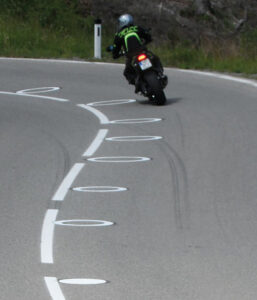 Some of the measures that reduce the risk of accidents for all road users are:

The government raised the appeals at a meeting last week. The roads in question are the following where a decision on reduced speed was made in 2020:

According to newspaper SVT Dalarna, the government writes, among other things, that there is no reason to implement the restriction to the extent that it has been done and that other measures that do not involve speed reductions should be tried on all or parts of the route. A local politician said: “This is about the fact that we need active road safety measures in rural areas – not that we should reduce speed instead of building centrally separated roads.” The Swedish Transport Administration’s decision is now revoked, and the 80-signs are going down and the 90-100-signs up again.

This decision gives new hope to municipalities, regions, businesses, organisations and residents who have protested against further reductions proposed by the Swedish Transport Administration. SMC is happy with the government’s decision and is following the issue with excitement.