Skip to content
You are here
Home > Member news > New speed limits for motorcycles in Dolomites.

Our Italian member Comitato Coordinamento Motociclisti  (CCM) let us know that after the sound restrictions for motorcycles in Tyrol now also in Trentino the provincial government has taken measures.

Tourists going to the Dolomites will have to be extra careful this year. The provincial government of Trentino (Italy) has established a maximum speed limit of 60 km/h on some road sections in the Dolomites that are particularly popular in the summer, especially to motorcyclists. The speed limit will generally apply to all vehicles, while on some specific routes they will only apply to motorcycles. The restrictions are effective from Saturday 25 July and will be valid for the whole summer.

It must be said that, according to a news item in the local newspaper TrentoToday the lower speed limits didn’t do much good for road safety. The newspaper reports a dozen accidents with injured motorcyclists on the Trentino mountain roads on Saturday and five more on Sunday morning in the first weekend after the new speed limits came into force. 42 motorcycles were stopped and six were fined for speeding. 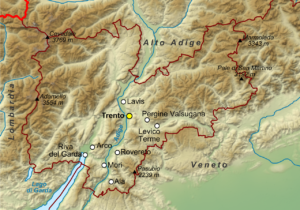 A maximum speed limit of 60 km/h, in both directions, has come into force for all vehicle categories along the following road sections:

Next to the new speed limits for all traffic, for the following routes a maximum speed limit of 60 km/h has come into force for motorcycles only, in sections not already subject to a lower limit of 50 km/h (valid for all vehicle categories): 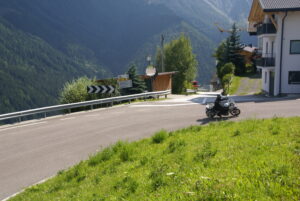