Under Dutch law it was explicitly forbidden for motorcyclists and their passengers to use lighting on the clothing or the helmet. The Dutch government has now deleted that ban from the law books.

It is like a bible for police officers and traffic instructors: the Traffic Rules and Traffic Signs Regulations. These regulations date from 1990 and here and there fall short of new developments in infrastructure and vehicles. It is therefore necessary to tighten up rules, add them or delete them altogether.

At the beginning of June 2021 KNMV was informed of a number of changes and the ban on lighting on motorcyclists’ clothing or helmet has now been abolished. Research by the Institute for Road Safety Research (SWOV) showed that there are quite conflicting studies in the field of this lighting. For example, there is no scientific evidence that more lighting benefits visibility and thus increased safety, but at the same time there is no evidence that this type of lighting could cause more distraction or confusion. So, to sum it up, there is no reason to prohibit or oblige it. With that knowledge, the ministry has decided to delete the article in its entirety.

The KNMV thinks this is positive news, because in other studies it has been proven that many road users simply overlook motorcyclists. Something that is partly caused by our small profile. By deleting this article, it becomes possible to do something about this visibility. As far as we’re concerned, anything that contributes to this in some way may make sense. Incidentally, Article 5 of the Dutch Road Traffic Act will of course always remain in force: you may not hinder or endanger someone with this lighting. Build two thick high beams on your helmet to have even more high beam at your disposal on that forest road outside your village? So that is absolutely out of the question. But soft LED lighting as a kind of daytime running light on your helmet that might make you stand out a little better in certain circumstances? Why not?

What about an extra brake light for example? Just like a third brake light in a car, it can ensure that people will notice your braking earlier. Since your helmet is the highest point of the motorcycle, you can already see from afar that you are braking, or possibly indicating your direction.

It is important to keep in mind that you should not turn your helmet and/or jacket into a Christmas tree. A brake light and direction indicators must be sober. There are no binding rules on what is allowed and what is not, but we recommend using only red light at the back and only white light at the front. 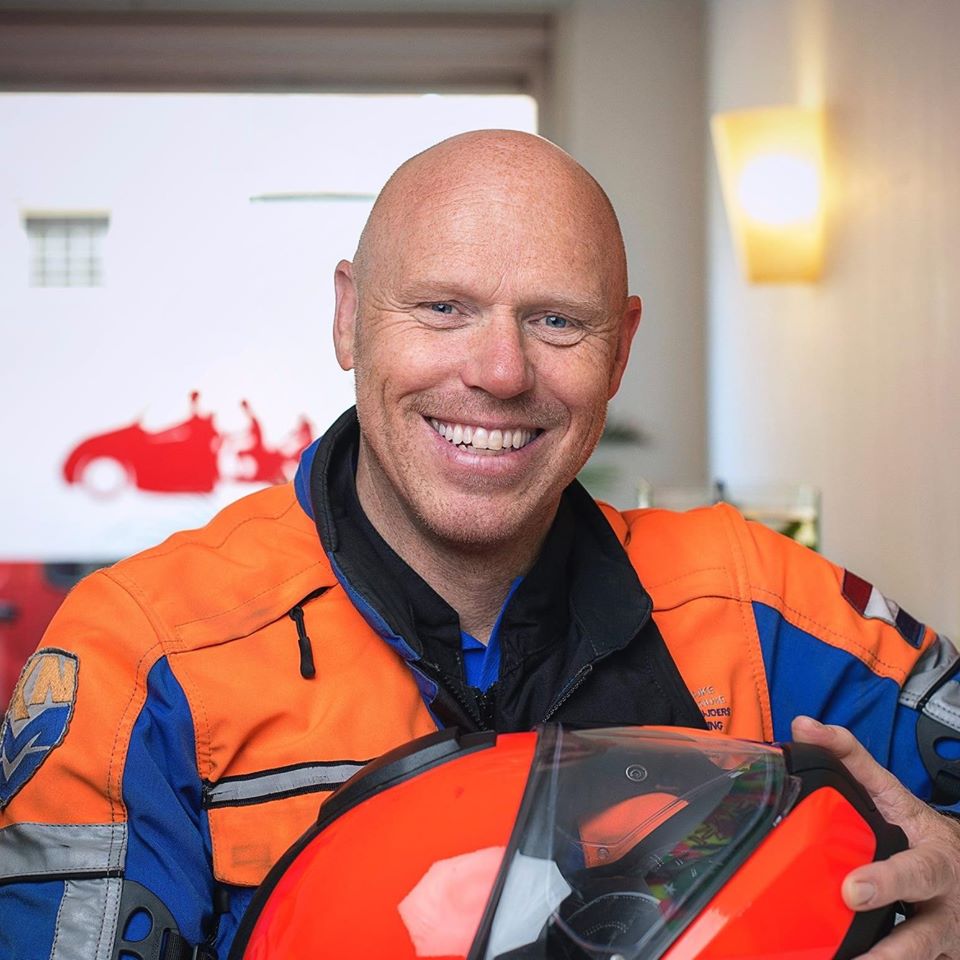 Arjan Everink, head of traffic and training at the Dutch motorcyclists’ association KNMV earlier told FEMA: “KNMV is of the opinion that as a motorcyclist you should do (almost) everything to increase your own visibility in traffic.”

Arjan continued: “Based on research, it is known that motorcyclists are regularly not noticed or noticed too late by other road users (motorists) and dangerous situations arise as a result. Extra lighting on clothing and/or helmet can give an extra attention value to the visibility of the motorcyclist in traffic. However, the sharpness and surface area of lighting must be considered. The proposed proposal for a total ban is an ill-considered measure that will not reduce the number of motorcycle accidents.”