How do you recognise fake claims from sellers of motorcycle gear when you are shopping online? It’s easier than you think.

Motorcycle clothing cannot be legally placed onto the European market unless it has been tested and officially certified. It’s that simple. By law, motorcycle clothing sold in the EU and UK must conform to the Personal Protective Equipment (PPE) Regulation. Conformity to standards and CE marking provide assurance to you, the buyer, that motorcycling apparel is fit for purpose (click here for a full article on that subject we wrote in 2021).

It is easier than ever to find and order anything you could possibly want online. And motorcycle gear is no exception. But how do you recognise fake claims from sellers of motorcycle gear? 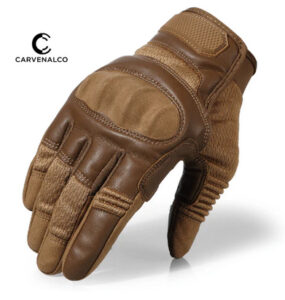 FEMA looked into a number of the sellers that are actively promoting their products through social media, and we examined some of the claims made by these sellers. Usually if you start asking questions, you will be ignored completely, or they will try to confuse and distract you with non-relevant information. Some companies will blatantly lie to you, and some simply don’t understand their legal obligations and, even worse, don’t make any effort to find out, leaving them open to being misled themselves. A good example of a company that may fit into one of these two categories – either knowingly misleading its customers, or itself a victim of a scam – is CarvenalCo, based in Norway.

CarvenalCo is flooding social media channels like Facebook and Instagram with advertisements for their ‘motorcycle gloves’, which are part of the product range they offer. If you go to the seller’s website and select a pair of gloves, they will show you a ‘certificate of compliance’, carrying the very recognizable CE mark. When we asked directly whether their gloves are CE approved as motorcycle gloves, we were sent the same misleading certificate. 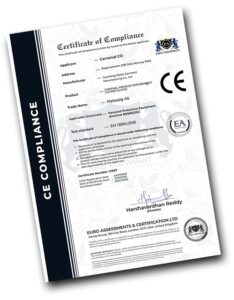 So, what is misleading about the ‘certificate’? It speaks of ‘CE compliance’; that is a non-existing claim, and it is only meant to pull the wool over your eyes. Sellers of motorcycle gear that is not CE approved will also often use misleading texts, such as ‘CE Certificate’, ‘CE Certificate of Conformity’ or ‘CE Compliance Assessment’, according to expert Paul Varnsverry, who warns of more and more dishonest organisations appearing, offering these bogus documents, and more and more companies selling online who are purchasing these documents and misleading potential customers. Obtaining these ‘certificates’ generally involves only paying the issuing company’s documentation fee and avoids the costs of testing. It is difficult to see how a company can purchase one of these misleading documents when no testing of the product is required and still think the process is legitimate.

The certificate that we were sent by CarvenalCo clearly shows the CE logo, trying to make it look like a trustworthy document. But if you read the small print on the certificate, it actually says: ‘The CE mark shown above is for reference only and does not indicate accreditation.’ Basically, they admit that they have no CE approval; they just use the logo to fool the customer. 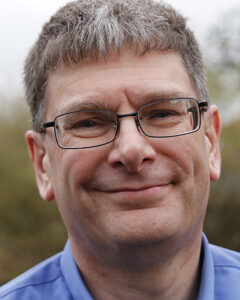 Paul Varnsverry, expert in motorcycle clothing and technical director at PVA-PPE Group said: “CarvenalCo is one of the companies which, when I previously responded to one of its unsolicited Facebook ads that appeared on my timeline by asking if its motorcycle clothing and gloves have been independently tested and certified as has been required by EU and UK law since 21st April 2018, promptly deleted my question and blocked me from posting further.”

Paul continues: “It seems that CarvenalCo has since acquired a certificate, albeit a misleading and utterly meaningless ‘Certificate of Compliance’ issued by Euro Assessments and Certification Limited, a company which does not appear in the EU NANDO database of official certification bodies and so has no legal status to assert that a product conforms to the PPE Regulation. I have previously reported the company, whose address is a virtual office in City Road, London, to the Office for Product Safety and Standards.” On his LinkedIn page, Paul Varnsverry tirelessly exposes websites that sell motorcycle clothing with false claims about CE approval, and he has been asking domain hosts to take down the web sites of companies which are breaking the law.

CarvenalCo is certainly not the only company trying to sell you products with false approval claims, there are numerous companies like that active on the internet, so please make sure you look at the claims critically if you are shopping online:

Some countries in Europe are starting to mandate certain use of CE approved personal protective equipment by motorcyclists, like CE approved gloves in France for example.

What if you are from the UK?
After Brexit, the European PPE Regulation still applies in the UK. The British government stated that all EU laws in place on the day Brexit was finalised, which includes the PPE Regulation, will be incorporated into British law. In England, Scotland and Wales, the UKCA mark is replacing the CE mark, whilst in Northern Ireland the CE mark remains valid or may be replaced by the UKNI mark. The British Standards Institution has also stated that it will continue to be a member of the European standards agency, CEN, so the European standards for motorcyclists’ clothing, gloves, footwear, and impact protection remain in place.

So, what is the problem if my gloves are not CE approved?
Well, there might not be a problem with the gloves, but without CE testing you wouldn’t know, would you? Gloves that are not properly tested might fall apart in case you hit the ground during an accident, you have no idea what rate of protection they offer. The gloves could contain harmful chemicals, who knows? And buying from a shady company without a proper address might cause you problems when – for whatever reason – you want to return the order and get your money back. It is your free choice to buy whatever gloves or other motorcycle gear you want, but please make your choice an informed one.

Before publishing this article, we have asked CarvenalCo if they would like the opportunity to be heard and explain to our readers why their company uses a worthless certificate instead of having their products CE approved. We have not received a reply from them.