European Commission chief Jean-Claude Juncker has vowed to fight back against US President Donald Trump’s threat of a 25% tariff on steel and 10% on aluminium imports.

Europe has warned that punitive US trade tariffs on foreign steel could lead to retaliatory strikes against iconic American businesses.

Mister Juncker said in Hamburg: “So now we will also impose import tariffs. This is basically a stupid process, the fact that we have to do this. But we have to do it. We will now impose tariffs on motorcycles, Harley Davidson, on blue jeans, Levis, on Bourbon. We can also do stupid. We also have to be this stupid.”

The warnings from leaders around the world mirrored those of the International Monetary Fund, which said Trump’s plan would cause damage both internationally and within America itself. Trump however remains defiant, insisting that trade wars are good and easy to win. 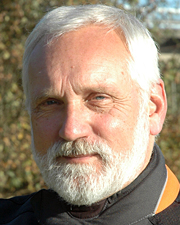 Dolf continues: “FEMA will send a letter to Jean-Claude Juncker this week to warn against these plans. If misters Juncker and Trump want to have a fight – or a trade war – it should not be at the expense of the motorcycling community.”